Stefan Moerth, better known to the music world as Stereotyp, is a hardcore producer. And by this I don´t mean that the man makes Hardcore music, which he often does, but that his life is all about producing. An average Stereotyp production is mind-blowing to say the least, Every Stereotyp beat is bass heavy, 5th element type futuristic, and sonically altered. And this goes for all genres Moerth retouches and updates, be it Dancehall, Hip Hop or Soul – and he done touched them all. His now classic G-Stone debut entitled My Sound (2002) was a foray into the future of Dancehall and Soul music. With this release Moerth showed the possibilities of a sonic future that is still due to arrive. Many remixes later, he paired up with Al Haca and dropped, what could be one of the most advanced takes on Dancehall and Hip Hop on the market today – the Phase III (2004) LP released by Klein Records. Just the collabos alone speak for the weight of the Stereotyp Opus. Some of the voices that touched his instrumentals belong to legends such as: Cappadonna (Wu Tang Clan), Daddy Freddy, Hubert Tubbs (Tower of Power), Lady Saw, Hawk Eye, Ras B and Spectacular – to name a few. just the best of gutter drenching Bass music , Next Level future styles being Droped here ! straight up Filthy ! 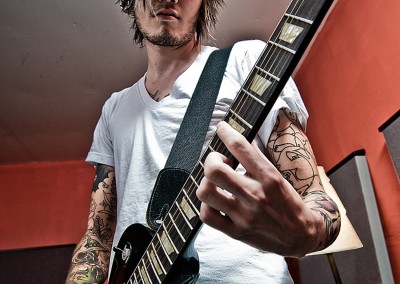